I know I've messed around with this idea before, but now after 3,605 posts, I really feel like this blog has run its natural course.

Since I started The Donnybrook back in December 2003, I've had some of the greatest experiences of my life.

My amazing wife and I had two incredible kids and have watched them grow into the smartest, funniest people in the world.

I finally got to watch one of my favorite sports teams reach the top of the mountain and bring a championship home to Philadelphia.

I've met and/or reconnected with some very cool people thanks to this blog, and I'm sure I'll still be talking to all of you on Facebook and elsewhere in the future.

Thanks for listening to what I've had to say and for continuing to read even at times when my level of creativity was almost non-existent.

It's been a real pleasure, everyone. It really has. Even when we've fought about politics, sports or whatever, it's always been fun.

Thanks also to everyone who contributed to the site. Especially john, who brought a very clear-headed voice to a website run by a dope like me.

This is how it feels to be a Phillies fan right now.

UPDATE: Some needed perspective about the Phillies current woes:

Why do this? What is the point...to keep it real? to show that you can have a party without any gunplay?

Whomever is advising Mike Vick is not serving him well.
- posted by john @ 6:04 PM
|

The head of the Republican party thinks Obama started the war in Afghanistan...

No wonder he got the gig. He's as ill-informed as the rest of these mouthbreathers...

"Keep in mind again, federal candidates, this was a war of Obama's choosing. This is not something the United States had actively prosecuted or wanted to engage in."
--Republican National Committee Chairman Michael Steele

More than anything else in life...

I wanna party with these cats, just once...

As blind as Andy Reid and the Eagles front office tend to be when it comes to conduct issues the Eagles are not the Bengals. I don't think they'll be dumb enough to keep this congenital liar-thug around. This story is gaining legs and Vick has been less than truthful, a trait Arthur Blank and Roger Goodell are familiar with. Now Vick's parole officer can get to know this side of him. I think it's about even money right now that he is gone from the league.

Like Louis CK, the comedian, "Louie" the TV show is downright brutal...and hilarious.

The Heart of Our Deficit and Debt Problems is......Us!
There is no doubt that neither party in Washington is fiscally responsible. But how can they be when their voters aren't either? Republicans who don't vote for every tax cut proposed don't last long. Democrats who don't vote for their constituents priorities don't last long either? Anyone who suggests that we should all pay higher taxes and get less services for them is a goner, too.

Everyone can agree that we need to make cuts. But when you look at the details, and the devil is always in the details, people can't come up with things to cut, and that translates very easily to lawmakers not taking action.

How about cuts to money going to police, fire departments or other public safety officials? Nope. Seventy-one percent oppose that.

How about cutting healthcare services? Sorry, 65 percent oppose that.

Everyone seems to think that THEY should not have to sacrifice anything and that someone ELSE should pay more and get less. I don't have any expectations of our debt picture getting any better, regardless of which party wins elections. The problem is not the two parties - it is the voters. US...Melman hits it on the head:
It ain't possible to get fiscally healthy without taking a lot of short and mid-term political and economic pain. Americans are not going to vote for that. We will continue to spend ourselves out of global economic and political relevance. Our system and society don't deal well with hard choices unless they are forced on us by really dire circumstances. They aren't dire enough yet to make us change. And that's is sad.
- posted by john @ 12:48 PM
|
Tuesday, June 29, 2010 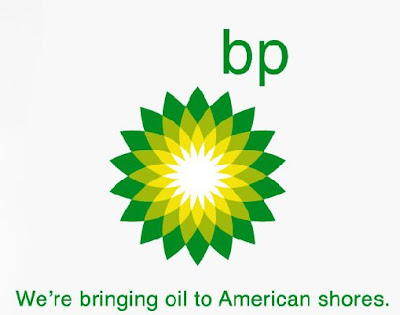 That seems like a reasonable line of attack. Justice Marshall isn't a hero to many in this country or anything.

On a side note, isn't it interesting to see a white Republican Senator from Alabama named Jefferson Beauregard Sessions, III paint the first African-American Supreme Court Justice as a bad guy?

Since it wasn't a big hit, I'm curious to see how many of you have heard it.

"Only a Memory" by The Smithereens

That's the best point made in the linked article about the effect of switching to an 18-game season. I tend to roll my eyes a bit whenever people start blathering on about how this or that NFL players was the "all-time" best. Comparing very different eras invalidates the notion of "best-ever."

And before 1960 there were only 12 games to a season. You simply cannot compare a season record for a player who played 12-14 games to those who played 16 or 18. You can make single-game comparisons more fairly, but even there, the rule changes have had serious effects on how the game is played. The record book is not completely worthless. But it is close. It's fun for fans and commentators to talk about records as though they are some objective measure of an accomplishment, but it is largely a bullshit concept.

Quite the Sports Record...

The score is 59 games each and counting. In ONE set. The longest match in tennis history is still going.
Holy fucking shit.
- posted by john @ 6:28 PM
|